This is a lovely venue with an enthusiastic owner Nigel Oakley who is quite a character, this was a special weekend and our marshals Janice & David and Janice & Brian invited us to a Royal Wedding Party and the FA Cup Final pie & a pint, the wedding was shown on a large screen TV in the event shelters, ably set up by John, David and Mark, we all dressed the part for this royal wedding, some of these rallier’s really do scrub up so well, there must be some large wardrobes in caravans, there was a lot of smart people about, along with some humorous ones as well, the wedding was followed by a cream tea party, where we toasted the happy couple, very well received, then later in the afternoon the FA was watched on the same screen.

All the caravans & motorhomes were decorated for the royal occasion, making it difficult to be able to judge the best, there was also a quoits competition held over the weekend, with a family affair in the final, with Mark & Debra Terry up against there daughter Natashia ‘assisted’ by the Chairman, however we were narrowly beaten, well done Mark & Debra.

We were shown around the farm and introduced to some of the horses, we were hoping that a Suffolk Punch mare in foal was going to produce during our stay, but she kept hanging on, hope all was well and we have another addition to this endangered breed; thanks to the marshals for all the hard work and thought that went into the weekend, with over £250 going to the centre charity, thanks to all who contributed. 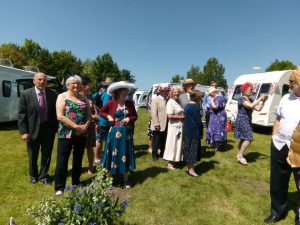 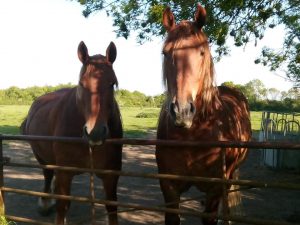 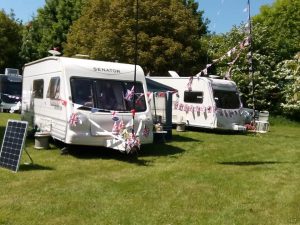 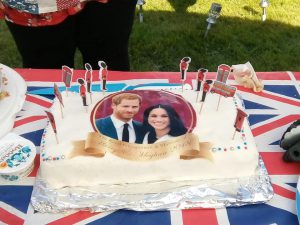 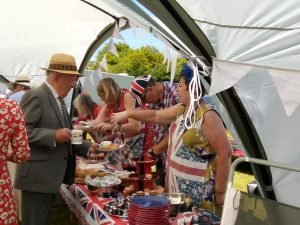 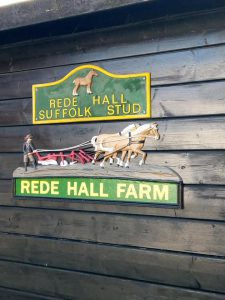 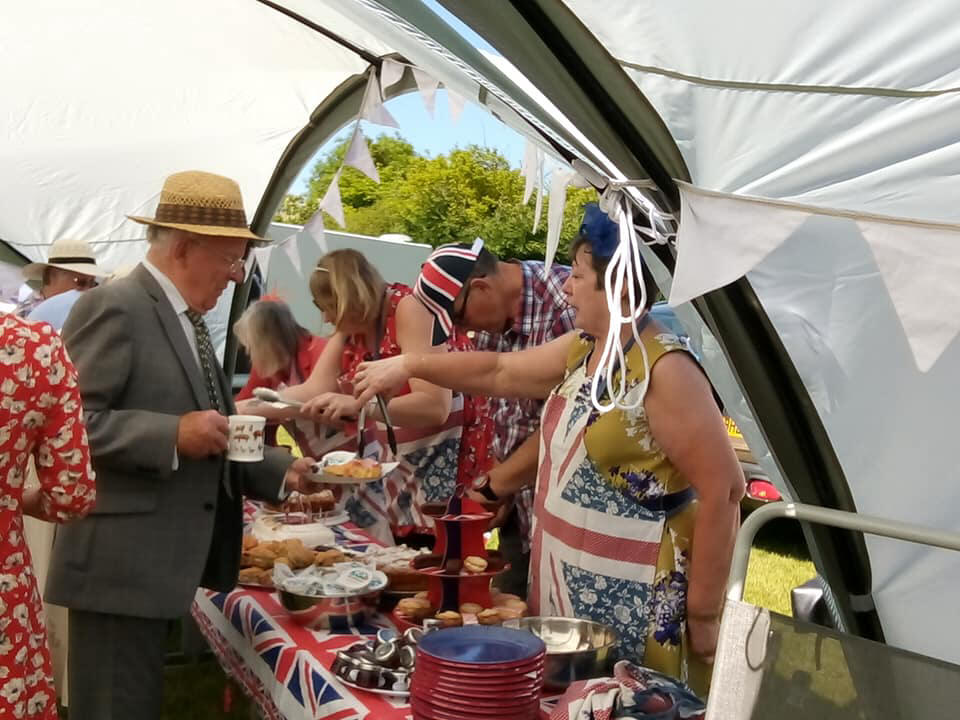